skip to main | skip to sidebar

The safety of our spray tanning solution:
It is made from naturally derived ingredients, and 100% VEGAN (Certified by PETA).
it is also oil-free, alcohol-free, paraben free, erythrulose free and fragrance-free! We will only use products that we feel are safe to use on our own skin!

The Safety of DHA:
DHA does not damage the skin, and is considered a safe skin coloring agent and nutritional supplement.

DHA has been approved for cosmetic use by the FDA, the Canadian Health Ministry, and most of the EU member nations.

The history of DHA

The Time Line of DHA (dihydroxyacetone)
DHA was first recognized as a skin coloring agent by German scientists in the 1920s. Through its use in the X-ray process, it was noted as causing the skin surface to turn brown when spilled. World War II began, and further research in this area temporarily halted as scientists contributed their resources to the war effort.
In the 1950s Eva Wittgenstein at the University of Cincinnati did further research with dihydroxyacetone. Her studies involved using DHA as an oral drug for assisting children with glycogen storage disease. The children received large doses of DHA by mouth, and sometimes spat or spilled the substance onto their skin. Health care workers noticed that the skin turned brown after a few hours of DHA exposure.
Eva Wittgenstein continued to experiment with this unique substance, painting DHA liquid solutions onto her own skin. She was able to consistently reproduce the pigmentation effect, a similar look to tanning from UV Rays, thus the “Self-Tanning” industry was born. Sunless tanning progressed over the years:
Posted by Spray Tan Tel Aviv at 9:27 AM No comments:

COMMING SOON! An application before the spray tan that within 5 minutes, will remove all traces of old spray tan! No more scrubbing and waiting for the old tan to disappear! Always look your best! ♥
Posted by Spray Tan Tel Aviv at 3:43 PM No comments:

Spray tan in Tel Aviv, Israel, and all of Israel!

If you are arriving to Israel as a tourist, or live here and need your spray tan fix, why not do it in the comfort of your own home, or come to my location for a homey relaxed tan ?
Appointments are available anytime of day , all through the week!
Enjoy 6 American imported formulas to choose from, ranging from tone and color--from natural glow, to golden true brown!
The best rate for spray tan in the country, and the most perfect tan you can get, why not save the hassle and book a mobile spray tan?

MOBILE SPRAY TAN IN TEL AVIV AND ALL OVER ISRAEL!

MOBILE SPRAY TAN ALL OVER ISRAEL! 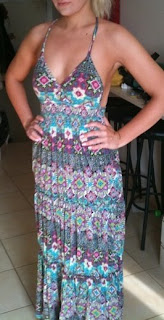 Posted by Spray Tan Tel Aviv at 5:32 PM No comments: 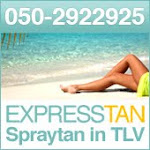